It seems our friends at AndroidApps4u.com has put a great comparison between the long waited Samsung Nexus Prime & Samsung Galaxy S2 LTE on Rogers Network in Canada & AT&T in the US. They have been one of the earliest teams world wide to put their hands on these precious smart phones as they have not been released on most places world wide yet. This team of Android fans have succeeded to put their hand on multiple of these devices and created a very detailed comparison between the two devices. You can find the comparison at: Samsung Nexus (Prime) vs. Samsung Galaxy S2 LTE. 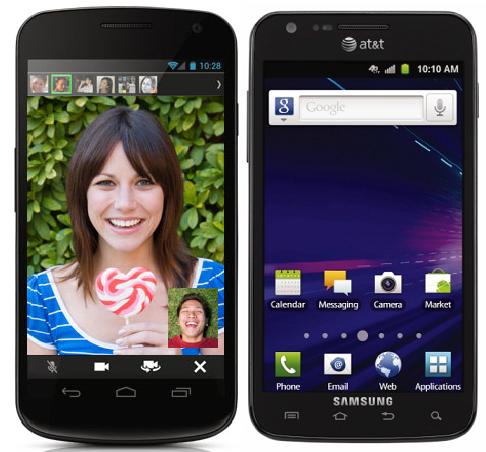 Well, as mentioned earlier they are Android fans so the comparison might be a bit toward the only phone offering the Android 4.0 (Ice Cream Sandwitch), but it did not look far from the truth at all when we went through it.

As their team did not have a blog or forum where other users leave their interactions, opinion, comments, they asked us if we can host that on our blogs for them where they can reply to it. For that we have put this post where you can put your comments in the commenting area & where the AndroidApps4u team will be answering your questions or reply to your comments. Hope you all enjoy it & contribute.

This entry was posted in Smart Phones. Bookmark the permalink.